It’s time for the July Camp NaNoWriMo writing challenge. I haven’t partaken in a while, but I’m up for the challenge this year. I have chosen to try and write 50K words in 31 days.

My project is one which I’ve been planning out since May. I am hoping to finish this novel and get it published. I love the concept and setting. My protagonist is in Vancouver, Canada, and they go to UBC.

My protagonist is genderfluid, and the idea is that they are just starting to come out as trans. They are trying to start dressing in traditionally feminine clothing for the first time as well, and while they are doing that, they run into the love interest who I haven’t named yet (oops). I’m modelling the love interest on actor Bradley James. 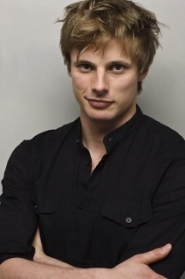 For those of you who have seen the show BBC Merlin, you know that Bradley James played Prince Arthur. I love his acting in this show, but I’m only modelling Bradley James’ looks and not his personality.

As for our protagonist, I don’t really have any particular person in mind to model them after. A severe lack on genderqueer actors is one of the main reasons for this problem. I really wish that there were more to choose from!

Anyway, my protagonist Ashley (or Ash for short) runs into the love interest while dressed as a woman and then again while dressed as a man. In either case, this Bradley James look-alike seems to be flirting with them. Chaos ensues.

So that’s the story. Hopefully you’ll see it released later!

This is just a quick blog post to announce that I’m officially ready to start writing for Camp NaNoWriMo on July 1st! I’ve set my goal for 50 000 words, which will hopefully finish off my second novel for my ace/aro dragon series.

In preparation, the first thing I did was reread Far Patrol, which I finished in November 2015 for NaNoWriMo. This was very interesting, as I haven’t touched the novel in a long time. I kept getting surprised by things I forgot that I put in the novel. I also keep thinking to myself “I should include this” and then finding that my past self already did. This is very amazing for me, because it shows me that I’m pretty consistent in my writing.

I always wonder if I wrote a scene at a different time how differently it would turn out. So some evidence that it wouldn’t drastically change is nice.

I’m outlining the second novel, which I’ve dubbed “The Youngblood Society.” I have about 17k words written of this novel already, and I’m planning on adding another 50k, so it should be a fairly good-length novel by the end of the month.

Anyway, I’ll keep everyone apprised of my progress on Twitter!

Thanks for tuning in!

I recently started a new job as a Social Media Assistant for an English school in Vancouver. But that’s not what I wanted to tell you guys. They use this online tool called Trello that does wonders for organization, and it’s been so easy to use that I’ve started using it at home as well as in the office. 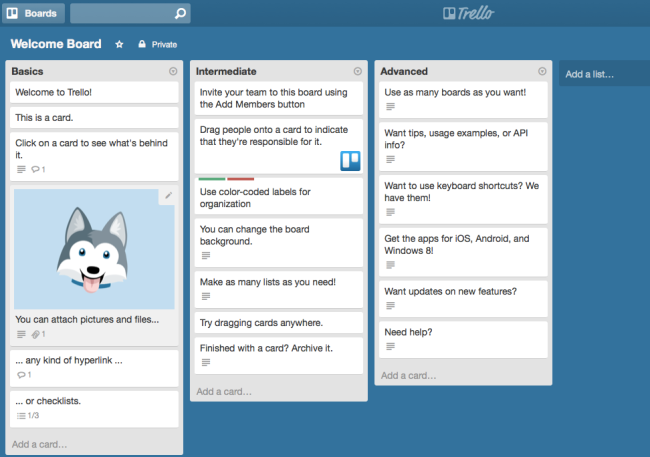 See this? This is a board. You can create as many boards as you like for different projects. Each board is sorted into lines, as you can see in this pic, they are Basics, Intermediate and Advanced. You can call them whatever you like, and you can also make however many you need. Each line has different cards for different tasks you need to do. 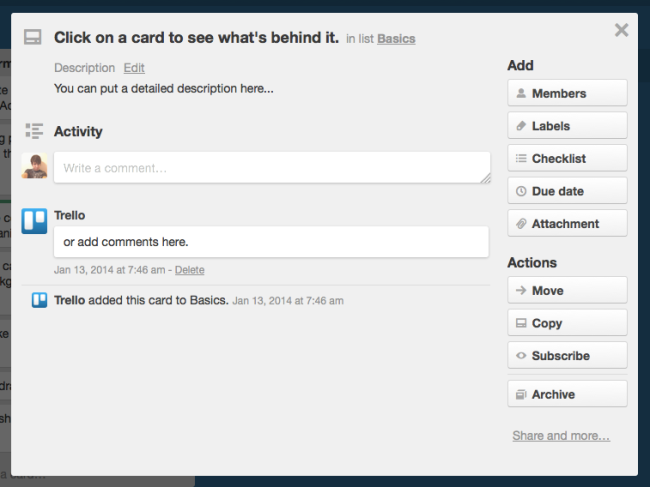 This is what a card looks like when you click on it. You can describe what the task is that you need done. If you look along the side, you can also see what else you can add to the card to keep it organized, including adding a checklist, a due date and other members if they also use Trello. You can also put in info like pictures, word docs from Google drive and links. 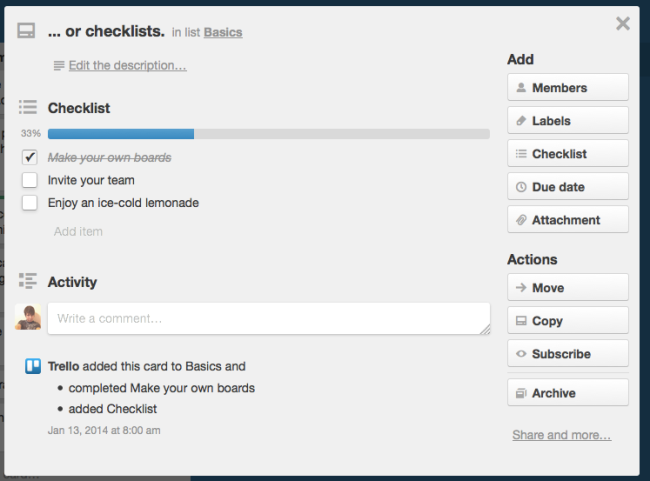 This is a checklist so you can keep track of what you need to do and what you’ve already done.

See? I’m using it for my July Camp NaNoWriMo project. The best part about it is that it’s absolutely free for what I’ve just shown you. I love it, because I’m terribly disorganized, and I always leave stacks of notes, need to always re-look up research and can’t keep track of characters. This has helped considerably. I thought about buying Scrivener to help with it, but Scrivener is over $40 and this is free.

Happy writing (and organizing)! Here’s the link again in case you don’t want to bother scrolling.

I’ll be participating in Camp NaNoWriMo in July, which is pretty awesome. I know, NaNoWriMo didn’t work out too well for me last November, but you know what? I still got almost 45K words in just one month, and now that project is at 60K. So, I think that challenging myself to writing never really backfires.

Anyway, this has more of a summer camp feel. November NaNoWriMo is certainly a difficult month for writing, especially if you’re a student. But with all the cafes and sunshine of the summer months, I think I’ll end up doing a lot of writing.

If anyone else is planning on participating, you should tell me what your story is about!