I forgot to mention, because I happened to be in France while the Rainbow Awards were announced and was generally drunk on Normandy pear cider and Calvados: Rangers Over Regulus was fifth runner up for the Gay Futuristic/Sci-fi category! 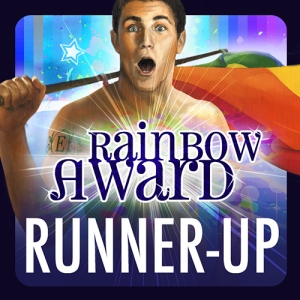 As you can imagine, I was very pleased for myself when I discovered this, right before I was on a plane for 10 and a half hours on my return to Canada. I know, it’s been a month, but you must forgive me for forgetting. I had to go through customs twice on my way back: once in the States, and a second time in Canada. And then I had to pack up and move house once I got back. And then it was Christmas.

Now that it’s the New Year, I can remind everyone in case they forgot, like me.

The other runners up in the Sci-fi/Futuristic category were:

And the winner was Rarely Pure & Never Simple by Angel Martinez.

One thought on “Rainbow Awards Runner Up”